2013 might have been the biggest year yet for Signalnoise. I’m not talking about making buttloads of money or landing some big agency gigs, but moreso personal development and building a more solid brand foundation. It’s normal for me to feel like I’m floundering around trying to find direction, but looking back at this year I can see a more focused vision despite starting off on the wrong foot.

So here we go… a look at 2013 and some of the highlights the year brought. February 2013: Vintage console illustrations – After a year of trying to design movie posters, I decided to give up on the dream out of sheer frustration. This time of weird upheaval led to me creating a bunch of original illustrations of vintage game consoles, in a style that was very much new to me. I figured out a process and started machine-gunning out illustrations in an attempt to re-invent Signalnoise… which ended up dictating the rest of my year and caught the attention of new clients. A weird time with a wonderful outcome. February 2013: The Rocketeer comic book covers – Spearheaded by the greatest comic shop on earth, Strange Adventures, we inked a deal with IDW Publishing where I created 4 original comic book covers for The Rocketeer: Hollywood Horror. Truly a dream job, IDW even catered to my silly whims and printed the illustrations with spot gold foil on the helmets. Had loads of fun doing these. April 2013: Far Cry 3: Blood Dragon – The best client project I ever worked on. Dean Evans, my 80s brother, brought me onto the project and together we developed the logo and “box art” that would represent Far Cry 3: Blood Dragon online. A teaser was launched on April Fools’ Day which caused quite the “Is it real?” fiasco online, instantly capturing an audience. Signalnoise was swept up in the excitement as my art flew all over the world. Way too much fun on this one. May 2013: Hangin’ with Kurt Russell – During my trip to Los Angeles to speak at Adobe MAX, my good buddy Russell Brown arranged an awesome little dinner party with his photographer friend Greg Gorman. One of the guests was none other than Kurt Russell. I got to hang out with, talk some movies and things with him and give him my poster of THE THING. Heck of a nice guy too. Certainly a high point of 2013. May 2013: The Great Discontent interview – I was honoured when my favourite design interview site got a hold of me, The Great Discontent. I (virtually) sat down with Ryan and Tina where we got to the bottom of many topics revolving around our industry. Since I wanted to give them some nice professional photos, my friend and wicked talented photographer Krista Comeau came to the rescue. She handsomed me up good. June 2013: Creative Control cosmic poster – A lovely opportunity spear-headed by Mystery Box was to create a unique Signalnoise poster design for Opening Doors. I decided to reach back to a style I was doing 5 years ago and design something ‘retro-cosmic’. Everyone was onboard, and the result is something I’m very proud of. They even got me to design the Creative Control logo. July 2013: Patch designs for Opera Browser – I had the wonderful opportunity to work with the great people at Opera Browser in support of their ‘Made to Discover’ campaign. Opera needed some patch designs to sprinkle throughout their push, heavy embroidery influence and taking cues from Scout badges I had as a kid. So much fun on this one, and a wonderful end product by Opera. July 2013: UziCopter: The Signalnoise Tumblr – I decided to create a Signalnoise moodboard for my own use, to gather rad inspiration and stuff as reference for future projects. Upon research, the best platform to do that is Tumblr so I set up UziCopter: The Signalnoise Tumblr. It grew at a rapid pace, was featured on several high profile blogs and is currently supporting a following of 2196. An unexpected surprise, and a very useful resource for all things awesome. July 2013: WarGames poster for Skuzzles – A big highlight of 2013 was working with Skuzzles on an official movie poster for WarGames. This was a big deal since I had basically given up on doing movie posters after a year-long attempt to break into the poster community proved unsuccessful in 2012. I had a wonderful time building this poster for my pals at Skuzzles. July 2013: Mission patch logos for NFB Space School – It’s no secret that I enjoy all things to do with space exploration, so I was thrilled when I got a call from the National Film Board of Canada to design mission patch style logos for their launch of the NFB Space School. I designed the official logo for the project as well as all the patches representing the sections. Honoured to have been a part of a project that teaches kids about space and space exploration. July 2013: Superman poster – After getting asked to contribute to the SUPER Art Show in Australia, I was lucky enough to lay claim on the Man of Steel… the most iconic superhero of our time. Exploring a more geometric, painterly style I developed a poster capturing the happy Superman from my childhood. July 2013: Heavy Metal Photoshop t-shirt – When Adobe asked me to design a cool Photoshop shirt for them to give away at the San Diego Comic Convention, I immediately blurted out “I’m gonna make you a heavy metal shirt!”. To my surprise they were onboard, and I developed them this hilarious design. Badass. I even put all the Photoshop version release dates on the back of the shirt just like tour dates. So much fun. August 2013: The StarKade Series – While building the deck on the back of my house during the summer I decided I wanted to design some fun little illustrations depicting WWE wrestlers from my youth. What started as a little project quickly blossomed into an independent print series. I released 4 sets of prints in late 2013, all of which have sold out. 2014 is looking very bright for the StarKade series as I’m being approached by galleries and art shows. Stay Tuned! September 2013 – Panthers and Designers: It’s not too often you get to hang out with the likes of these guys. That bearded man-mountain is Carolina Panther Ryan Kalil, and that baseball-capped fella is designer extraordinaire Matt Stevens. I was in town speaking at Blend Conference and Ryan was nice enough to sit down with Matt and I to jaw about some football, design, film and other fun projects. We had a killer time, so much so that Ryan turned me into a Panthers fan for life. Gotta support your buddies!

November 2013: Creative Spark, Lynda documentary – I’m still stunned that this happened. The mighty Lynda sent a film crew up to Dartmouth to shoot a documentary on me and my art right here in my studio. The largest source of online design education launched the doc and it was quickly selected as a Staff Pick on Vimeo. Humbled and honoured… but yeah, still in shock. November 2013: Adobe InDesign interview – Another honour of 2013 was being interviewed and featured in Adobe Inspire magazine. We got to the bottom of a lot of issues, and they designed the iPad version of the issue complete with an animated panther illustration I created for them. Whoa. Being interviewed by the very people who create the software I use every day blew my mind. Thank-you Adobe! All year: Signalnoise 2013 World Tour – One of the biggest highlights for Signalnoise this year was the amount of traveling I did. There were 20 live dates booked across Canada, the United States, Europe and even the Philippines. Think I spent more time in hotel rooms than I did at home. Once again, a giant thanks to everyone who invited me to their events, everyone who came out to see me speak, and a shout to all those fellow presenters I had the pleasure of meeting in 2013. 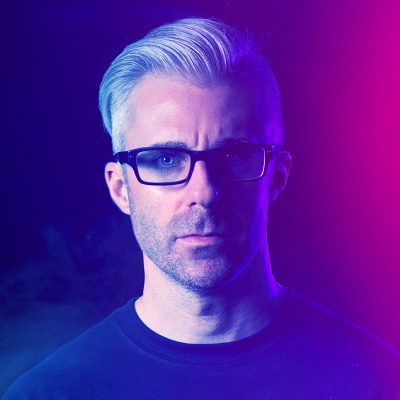