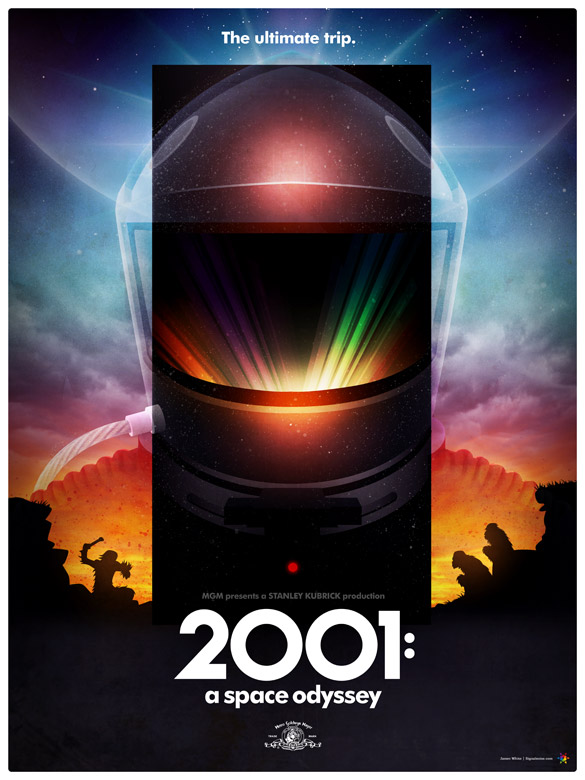 Here is a poster I’ve been thinking about doing for the past 2 years, and finally had the opportunity when I was approached by the people organizing a Stanley Kubrick exhibition at La Cinémathèque française in Paris. They had originally asked for me to submit my existing 2001 poster I designed about 3 years ago, seen here. But I always saw that poster as half finished and wanted to make something more worthy of the film. So here we go.

This poster was an odyssey within itself. I immersed myself in 2001: A Space Odyssey for a week, watching the film twice along with all the ‘making of’ footage and documentaries, researching concept art and posters online, and doing a bunch of sketching. Even once I had a concept on the go, it changed a few times as I started building my elements. I wanted the poster to have a subtle touch, hit the theme of the film, yet still have a Signalnoise flavor. It was daunting to say the least. Here are a few previous versions and sketches. 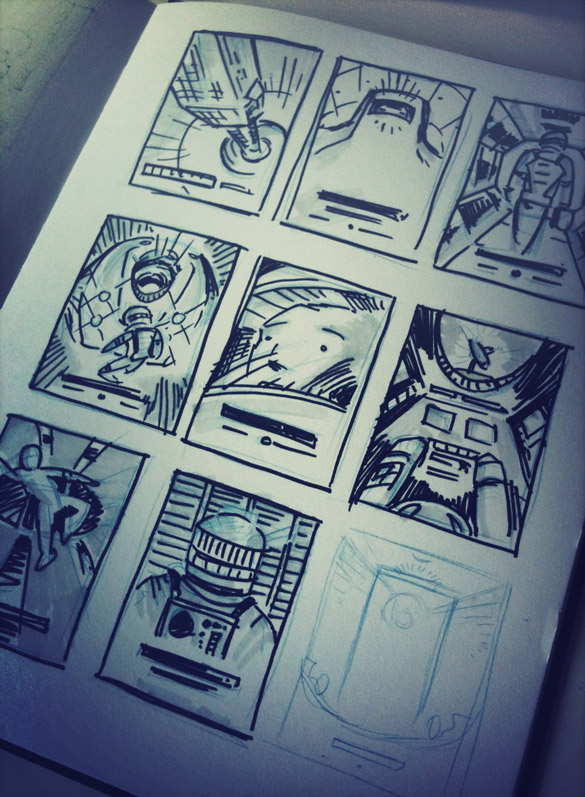 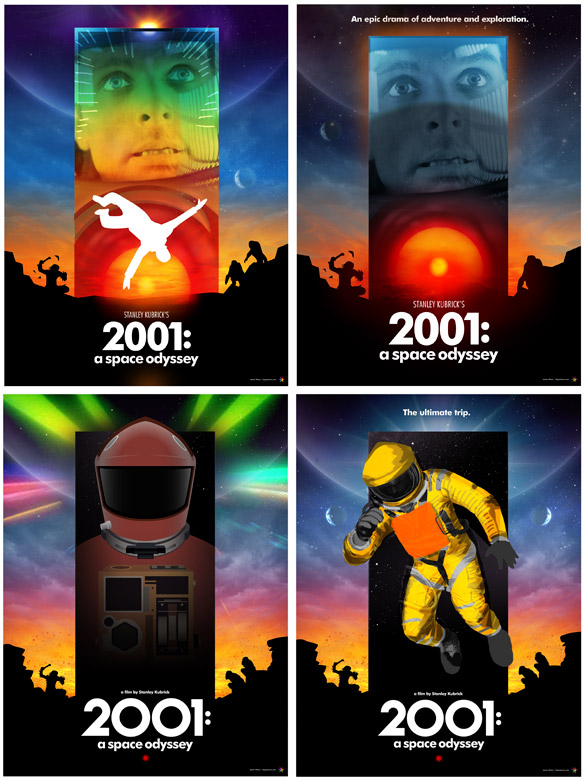 One of my favorite design elements of 2001 are the planet edges with a rising sun, so I included a lot of arches and ‘horizons’ in this one to mimic that concept. Played with a lot of symmetry as well, echoing the film. I wanted to shy away from any wild rainbow effects or showcasing HAL, those ideas seemed a bit too obvious.

All in all, a super fun design to work on. Going to get some posters made of this one soon.